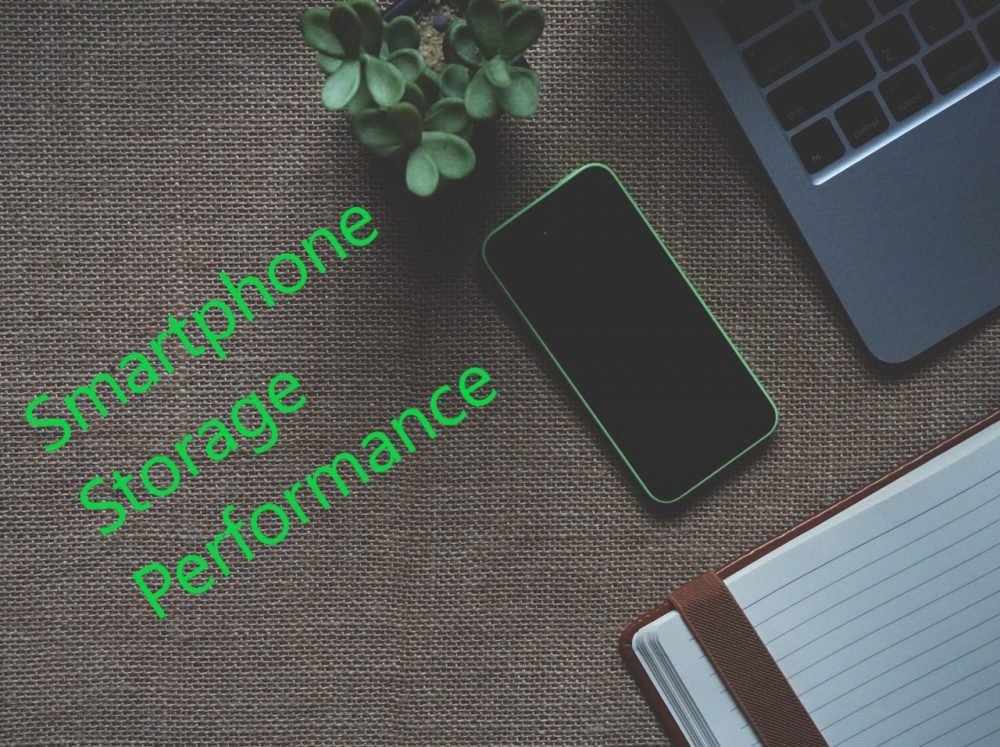 When buying a smartphone, we only look at the storage capacity (64GB or 128GB) which is not an accurate way to determine the storage performance.

The above-mentioned tasks are demanding. But even the simpler tasks like opening a PowerPoint presentation, compiling a Microsoft Word document and switching between normal applications require good random reads and writes of internal storage to keep the smartphone smooth.

The storage capacity does help as you will have more storage to store files. We all know what happens when the storage is 90% or more is filled, the smartphone stutters.

One more benefit of having higher storage is they often perform better than their lower memory versions. This is due to the property of NAND Flash performing better when it has more memory blocks to write at a time.

Due to the abundance of storage capacity available in every smartphone, it seems useless now more than ever to just look at the capacity of storage instead of the performance or speeds.

According to linustechtips, 64GB capacity seems enough for most people.

In 2020, storage performance or speed should be given more importance than storage capacity.

But to understand storage performance, first, we need to know the types of internal storage in smartphones these days.

The table above gives a rough idea of the speeds of different smartphone storage.

Now that we know there are different types of storage in smartphones, we have to analyze the factors that affect the performance of smartphone storage.

Suppose you are buying a smartphone and you think that UFS 2.1 is definitely better than UFS 2.0. This would not be true.

The most important benchmarks of storage (any type of storage SSD, HDD, SD card, internal storage) are random reads/write and IOPS (Input-output operations per second).

The IOPS (Input-Output per second) are associated with sequential reads/writes as well as random reads/writes. Basically the higher the number IOPS of storage random reads and writes, the better the storage performance will be. As the name suggests, storage will be able to perform more input-output operations per second.

It would take more commands and time to move data that contains small chunks. This is why 4K (4 Kilo-Bytes) memory blocks are included in every storage benchmarks.

Now assume this small chunk of data is also random. This is 4K random which involves a lot like a lot of operations or commands. This is the reason why random 4K blocks are used to get IOPS of storage.

What have we learned so far.

The table proves that not all UFS 2.1 storage the same. This is why we have to look at the storage performance of each smartphone separately. Just looking at the storage type (eMMC 5.1, UFS 2.0 or 2.1) do not tell us anything.

Only the Google Pixel 3 and 3XL were able to provide really good random read and write speeds. Other than that, OnePlus 6 and 6T are really impressive considering their price.

The one that I was concerned about was Samsung Note 9 which costs 1000$ and can not even beat the other smartphones that cost less.

The iPhone X NVMe storage is impressive. It definitely beats every other smartphone in sequential speeds. Moreover, these transfer rates further increase as we move to 256GB iPhone X.

The write speeds are four times better on the 256 GB version. Just look at the screenshots below from Notebookcheck.

Smartphone storage is far more important than most people realize. This applies especially to average consumers who just want to use their smartphones for normal usage.

Did you ever wonder why the Apple iPhones and Google Pixel are smoother and more fluid than other smartphones, especially iPhones? This is due to the better optimization of the software but also due to the higher number of IOPS in random reads and writes.

Some people reading this might be like why is the Google Pixel smoother than other smartphones? Actually it is, I realized this by using it myself. Also, Google Pixel 3 even beats the Samsung Note 9 in the PCWork benchmark.

For normal or average consumers who use their smartphones just for business or fun. The PCMark for Android Work and PCMark for Android Work 2.0 benchmarks are best to determine if a smartphone would have good performance for average people. This benchmark tests the performance of web browsing, video playback, compiling a document of text and pictures, Photo Editing, and Video Editing.

I have shared a link below that has almost all the flagships from 2018 and their PCMark for Android Work is given. Look at the link and you will find Google Pixel there.

Whenever I have to buy a smartphone, I would search benchmarks for each of its components like CPU, Storage, and Wifi, etc. There are some websites that are really helpful if you need to check the performance of the storage of a specific smartphone.

That’s all because most websites do not even take storage into consideration when reviewing a smartphone.

Hope you found this article helpful.

If you missed the first part where I discussed the performance factors of Smartphone Processor. Check it out.

How To Check Smartphone Display’s Quality