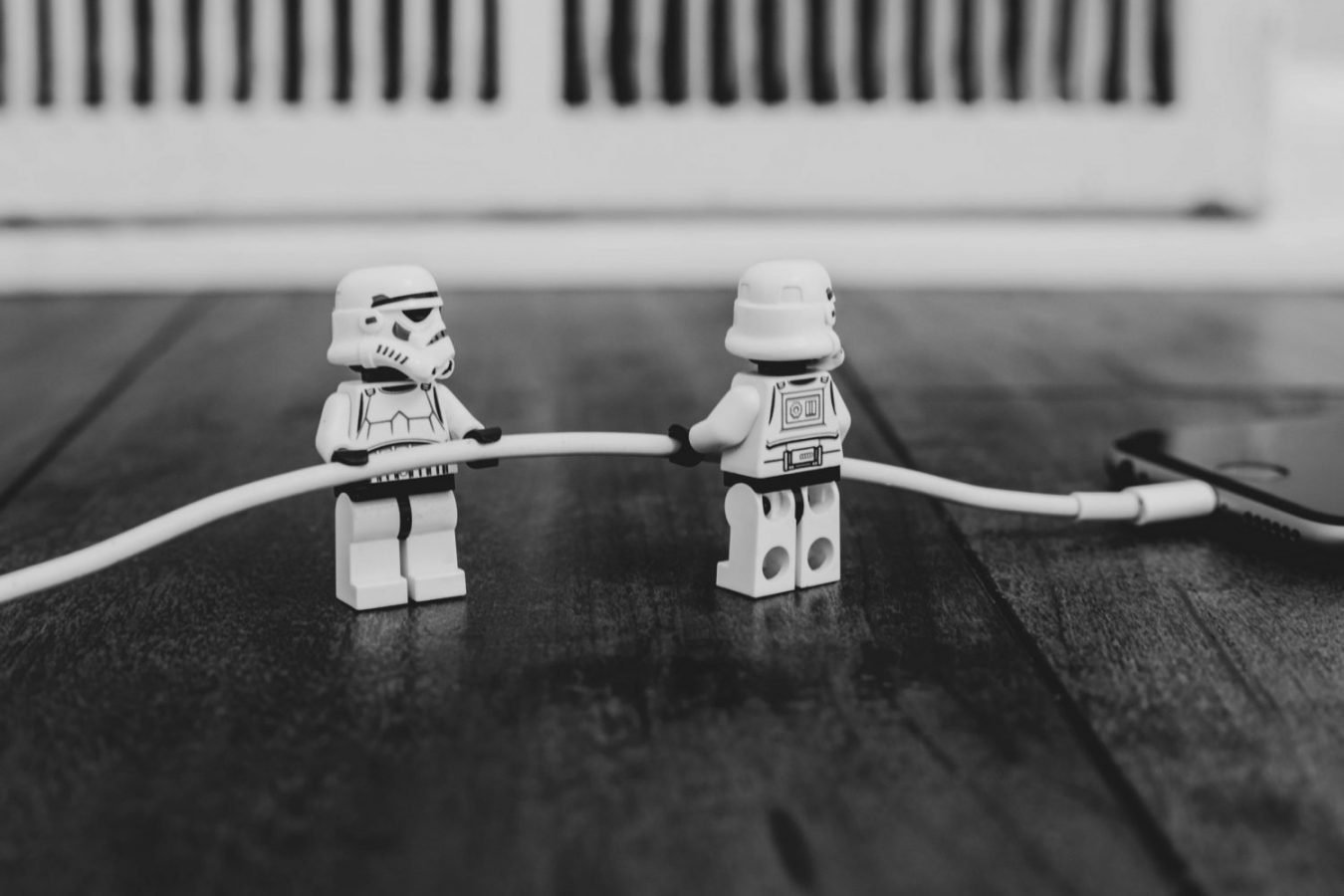 First of all, the smartphone charger seems pretty straight forward to begin with. Searching for the exact same charger that your phone came up with seems like all you need to consider before buying a phone charger on the internet. But, sometimes people can’t find the exact same chargers for their specific smartphones and they might be getting a better and versatile charger for less price. This guide should help in making decisions for buying appropriate fast charging adapters in the flooded market.

Above all, the introduction of different fast-charging standards by OEMs have caused huge confusion in the market. After going through the guide, you will be able to understand different protocols briefly or if you simply want to learn the quick way possible, a jump to “key conclusion” will be very helpful.

Replacement Samsung chargers can be purchased from Amazon, eBay, AliExpress and even directly from Samsung’s Website. But they are not worth the premium prices charged on such sites and some people might end up getting copies/replicas. It’s a pretty genuine problem specifically for people in Asia.

This is easily the most popular fast-charging protocol on Android Devices. It was introduced by Qualcomm back in 2012 but later seen in 2013 devices for the first time. This protocol is available on almost all Qualcomm Snapdragon chipsets these days. Back in the days, it used to be a feature for flagship Devices only. With the current generation of Snapdragon devices, the support has been vastly improved and available even on midrange and some low-end devices.

QC 1.0 first appeared in the flagship devices of 2013. It was slightly faster than standard USB charging and didn’t really widely adopted as compared to future standards. QC 2.0 made a significant presence back in 2014. It was one of the first fast-charging protocol to debut and serves as a pinnacle for later versions of QC. It showcased significant speeds(up to 50% faster) over standard USB charging.

Later QC 3.0 was announced and presented in 2016 devices. Most devices support QC 3.0 these days over USB-C. It offers more voltage flexibility(ranging from 3-20V) and was up to 15% faster, 38% efficient, 7-8C cooler than QC 2.0. Due to the variation of QC 3.0 and other fast charging protocols from standard USB-C specifications made Google’s initiative of pushing USB PD fast charging as a standard protocol for future Android devices, which was later adopted in QC 4.0.

Qualcomm launched QC 4.0 which conforms with the standard USB-C specifications bringing support for USB PD protocol. It is up to 20% faster, 30% efficient, 5C cooler than QC 3.0.

The latest version being QC 4.0+ launched just after six months of already great QC 4.0. It brings some minor improvements including 15% faster charging over USB-C PD(up to 27W), 30% efficient and up to 3C cooler than QC4.0. First of all, the power of the charger/adapter can be evaluated by multiplying voltage and current i.e P=VI. In order to check the Power, Voltage, Current specifications of each version, the following table help explains theoretical ratings provided by Qualcomm.

In order to fast charge the device using QC protocol, certainly both the device and the charger should support the protocol similar to other fast charging standards. To check the compatibility of your smartphone with QC standard, Qualcomm made a list of supported phones along with supported accessories like power banks, chargers. Click the following link to learn more:

USB-C PD is also a fairly popular fast charging protocol that supports a wide range of current generation devices including Notebooks, Ultrabooks, Chromebooks, Android and iOS devices. It was introduced by USB-IF in 2014 and later seen in 2015 devices for the first time in Nexus 5X and 6P and later in complete Google Pixel Lineup. USB-C PD was introduced to standardize the fast charging protocol across mobile devices. But it feels like things didn’t go as planned.

Even Apple’s new iPhones ranging from iPhone 8 to current generation iPhones have USB-C PD support. However, they’re not bundled with the box(Except iPhone 11 Pro and iPhone 11 Pro Max) and are separate purchases along with USB-C to Lightning cable.

There are three revisions of USB-C PD (PD 1.0, PD 2.0, PD 3.0). For increased power(higher than 7.5W) USB cables were introduced with PD 1.0. It wasn’t widely adopted yet attempted to bring a universal fast charging standard. Either Micro-USB(60W) or Type A/B(100W) ports for fast charging. It supported fast charging of up to 100W. The current and voltages stepping are not as granular as later PD revisions.

Later, PD 2.0 was released as a part of the USB 3.1 specification. It had improvements like increased efficiency and synchronization between the device and the charging source and a few other enhancements. It had updated specifications of both current and voltages capping out at a maximum of 100W. Unlike PD 1.0, PD 2.0 was widely adopted among laptops, Chromebooks, mobile phones and even some Apple Devices.

PD 3.0 is the latest fast charging protocol introduced by USB-IF. It followed similar power specifications of PD 2.0. Furthermore, It introduced features like PPS(Programmable Power Supply) just like QC 4.0 which is essentially increasing voltages in small increments as low as 20mV for increased efficiency. In addition to that, it had an increased amount of information about the device being charged and its battery and a few more list of advanced synchronization features. There are few PD 3.0 PPS compatible chargers in the market. It’s not as widespread as PD 2.0 but still can be seen in a few high-end devices.

Unfortunately, there is not a list or a verified source that provides devices compatible with PD Protocol similar to Qualcomm’s QC support list. But the beauty of PD being the universal fast charging standard makes it worth investing in PD compatible accessories.

In conclusion, Power Delivery specifically PD 2.0 is the most popular and still provides an ample amount of features. But, if you’re looking to buy a new charger, it’s probably smart to buy PD 3.0 compatible chargers as current-generation devices have started to adopt this standard. The wide adoption of USB-PD standard in current generations of Qualcomm Quick Charge, Mediatek Pump Express, Moto TurboPower, Huawei SuperCharge protocols, and other desktop and laptop devices makes it a worthy investment into a wide ecosystem.

If you’ve decided to buy a PD compliant adapter and wonder about what cable to pair it with, this fellow guide should help in making a decision.

First of all, you might be wondering why all of these are mentioned in the same place. The reason being they are all subsidiaries of the same tech giant i.e BBK Electronics. Oppo’s VOOC charging was first introduced in 2014 as an alternative to Qualcomm QC. It had a different approach in terms of charging mechanism.

Most noteworthy, Qualcomm’s charger design matches the maximum power output to the phone’s voltage, leaving the phone’s internal circuitry to draw the correct amount of current and dissipate the heat. In contrast. OPPO has moved the current control circuit to the charger itself, resulting in less heat dissipation in the handset, which is good for component lifespans.

Furthermore, VOOC charging uses a relatively higher current rating and lower voltage. It’s usually capped at 5 V and either 1 A/4 A/5 A and more. The charging speeds are relatively faster than other standards. However, these standards require specific chargers and cables to support.

Cables are usually thick(rated for 5A) and have specific pin configurations. One disadvantage being the lack of support of fast charging for other phones that aren’t compatible with these proprietary standards and charges at merely 1 A/ 1.5 A(5 V) configurations.

In contrast, QC has much better compatibility for other phones that are not necessarily compatible with QC. However, Oppo, OnePlus, Vivo and Realme Devices are compatible with VOOC fast charging. Most noteworthy, Oppo provided its fast charging licenses to the aforementioned companies which resulted in the emergence of OnePlus Dash charging and Vivo Fast charging.

Consequently, buying any of these vendor chargers will not be a bad idea, if there is an availability issue of chargers for either of the specific phone vendors e.g buying VOOC charger for OnePlus Devices and vice versa is totally viable. This highly proprietary ecosystem of charging protocols from Oppo and relevant vendors make matter complicated.

Here’s a conclusion, if you want to fast charge your Oppo, OnePlus, Vivo, Realme Devices. You can buy a charger for any of these vendors to get the best fast-charging experience. They are all working on the same technologies with the difference being some supporting higher power charging capability like Warp Charging(30 W), SuperVOOC Flash charging(50 W). Consequently, buying the highest-end charger makes the most sense as it will be supporting backwardly the entire range of phones but it will certainly cost considerably higher.

In order to shop smart, look for your phone’s charging capabilities by visiting the vendor’s official site or either by looking at the specifications of the fast charger provided in the box and find a similar current and voltage rating charger for the aforementioned list of vendors.

First of all, some of you might be wondering what is Mediatek? It is also a fairly popular SOC manufacturer just like Qualcomm, Huawei, and Samsung. It got most of its recognition from the budget devices. They are relatively less popular and found in some budget devices like the recent Xiaomi Redmi Note 8 Pro. They have their exclusive fast-charging standard i.e Mediatek Pump Express.

Moreover, Pump Express 3.0 and 4.0 are in compliance with USB-PD(Power Delivery) specifications. Using a PD compatible charger on current generation Mediatek PE capable devices can be fast-charged similar to QC 4.0. Most noteworthy, the availability of the Mediatek Pump Express compatible chargers is almost nonexistent for some reason. Similar to Oppo VOOC, you also need a cable that can support current up to 5A.

In conclusion, USB-PD chargers are easily available and are compatible with current generation Mediatek Pump Express Devices. Moreover, a separate cable that is capable of 5A current is also required to fulfill the specifications of PE 3.0 and PE 4.0. However, according to PD 3.0 current specifications of 3A over 5-7V range, the total theoretical current is a maximum of around 18W. Unfortunately, you can’t achieve full 30W of PE 3.0 and PE 4.0 specifications with PD chargers but it’s still much faster than regular charging standards.

Huawei’s own solution to fast charging is what they pronounce Huawei SuperCharge. Unlike proprietary charging standards like Mediatek Pump Express and OnePlus Dash Charge, Supercharger is compatible with USB-PD. This allows Huawei Phones to possibly charge fastly on PD compliant chargers.

Unlike proprietary VOOC and Pump Express standards, Huawei SuperCharger compatible devices can be fast-charged using both QC and PD protocols.

Unlike previous generations, TurboPower 30 uses USB-C and fully compatible with all the Moto Z lineup. It is based on the USB-C PD charging protocol. Here are a few specifications of Moto TurboPower variants: