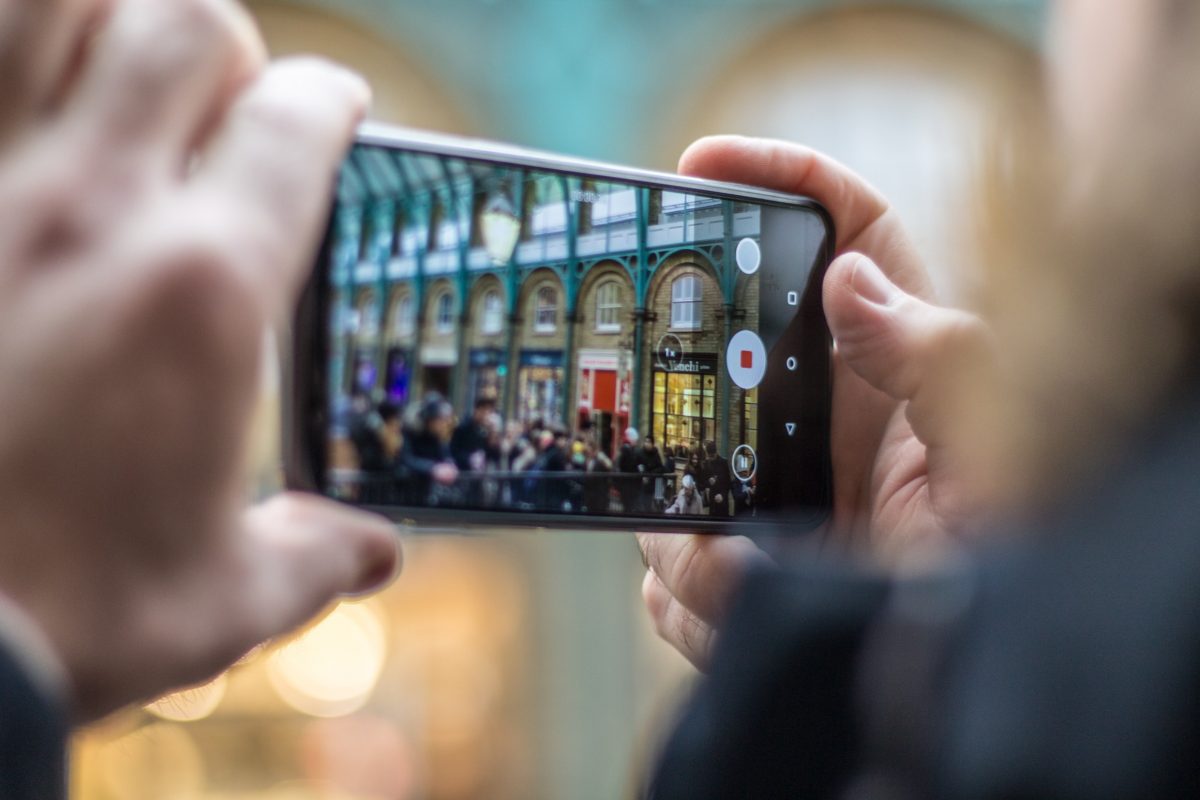 If you are thinking of starting a Youtube channel, want to become a Vlogger, want to make professional tutorials, or maybe you are starting a media company, etc, etc. You are in the right place.

All of these things could be accomplished by a smartphone as long as you pick the right smartphone for your needs.

If you want to know what video quality could be achieved using a smartphone. The movie ‘high flying bird‘ was shot on a smartphone. Check the result yourself.

I am going to list and explain all the factors that make a smartphone camera good for video recording.

Let’s compare the camera of different smartphones from 2019.

Most of the Flagship smartphones are sticking with 12MP and 1.4µm because this is the sweet spot for balance between megapixel count and pixel size.

Aperture is the opening of a lens. Aperture is fixed in smartphones and only a few smartphones like Samsung S-series have a variable aperture. Aperture is written as f/1.8, the larger the number with the f, the smaller the opening. Look at the image below, at f/1.4, the camera lens has the biggest opening which means it is the largest aperture.

The aperture is responsible for two things in our smartphones, i.e. Capturing Light and Blur or Bokeh. The larger the aperture, the more light a camera lens can capture. Since smartphones pixel size is relatively smaller, it is important, we pick a smartphone with a larger aperture or lower f-number to get as much light as possible in our videos.

A larger aperture or lower f-number also creates a large amount of background blur. I am talking about the natural blur of the lens and not the artificial blur produced with software for portrait shots

We can not just test any two smartphones with different apertures to test the image quality because image processing is different in each smartphone. This is why just look at the results of the Samsung S9 pictures with f/1.5 and f/2.4 pictures to understand the difference. GSMArena review is a good source.

Yes, the processor also plays an important role in video recording in a smartphone. Unlike the DSLR that have big sensors and lenses, a smartphone has to rely on software processing to produce a good quality video.

Having a good processor enables a smartphone to handle exposure, stabilization and custom shutter speed in video recording. By today’s standard, you should not consider a smartphone with processing power lower than Qualcomm Snapdragon 665.

When making a video on a smartphone, we change the ISO or shutter speed which increases the shakiness of the video. If there is no image stabilization (OIS), the footage is blurry.

There are two types of image stabilization.

2) Electronic Image Stabilization (EIS): This image stabilization is implemented through software and there is no additional hardware installed in the camera sensor like OIS. EIS uses software and smartphone sensors (gyro) information to stabilize the image or video. EIS is not bad as long as you have plenty of light in the image. But in low light, EIS is not reliable.

The best combination that is being used in most of the smartphones these days is the combination of OIS and EIS.

Try to get a smartphone with 4K resolution. Most of the midrange smartphones have 4K resolution these days. I am not just saying that 4K is better. Even if you want to upload a video in 720p or 1080p resolution, it is better to record that video in 4K.

I would recommend you to stick to 4K 30FPS because the stabilization is not good in 4K 60FPS in most of the smartphones.

If you want to make a professional-grade video, you have to use manual mode in your smartphone. Only a few smartphones have manual mode by default. The examples are LG V-series V50 and Sony Xperia 1 with cinema pro. I would recommend you to get an LG V-series smartphone if you need to make videos regularly.

The photo is just an example of course. If you are curious about taking good pictures on your smartphone, check this out:

But if you can not get a smartphone with manual mode. There are always third-party applications like Filmic Pro to help you get manual mode on your smartphone.

If you want to get an idea of what could be the video quality from a smartphone like LG V50. A Youtuber named Juan Bagnell uses LG V50 to produce most of his videos. Watch the video below.

As you know, a manual mode is essential is to capture great quality videos. A normal guide is to not change the shutter speed and only adjust the ISO according to your needs.

Also, depending on your project, keep the focus fixed on the subject. A smartphone’s biggest problem is exposure. As soon as the lighting condition change, the video is either underexposed or overexposed. You have to cater to this by using the focus creatively.

If you have to move a lot, use a gimbal to reduce the shaking of the footage.

Audio quality is one of the key components of a good video. The fact of the matter is, if you want a professional Youtube video, you can not use the microphone of your smartphone.

You are better off buying a microphone for as cheap as 50$ which will produce audio five times better than your smartphone microphone. Read about cheap microphones by clicking here.

But if you do not want a microphone for some reason. I will list some smartphones in order with respect to their audio quality.

Why DSLR is better than a smartphone?

The bigger sensor and lens of a DSLR helps capture more light and details. The DSLR does not even have to process any images, so no software processing which reduces digital noise. A DSLR can handle faster and slower shutter speeds way better than a smartphone.

The images of a DSLR have far more details and a dynamic range of colors to which a smartphone does not even come close. You might be thinking smartphones capture more pleasing photos and that would be true.

But we are talking about details in an image. We can edit a DSLR photo to look however we want it. On the other hand, a smartphone removes some details to provide a more eye-pleasing picture and we can not get those details back. Even if we shoot raw images on both, the DSLR would win in image detail again.

For more details on DSLR vs Smartphone, read this article from Techradar.

Well, this list was for people who can afford 1000 dollars. But the next list is of midrange smartphones good for video recording.

The last list is of the Flagship from previous years. Some of them can still be bought new and some of them are used.

How to Buy a Used Phone (Complete Guide)