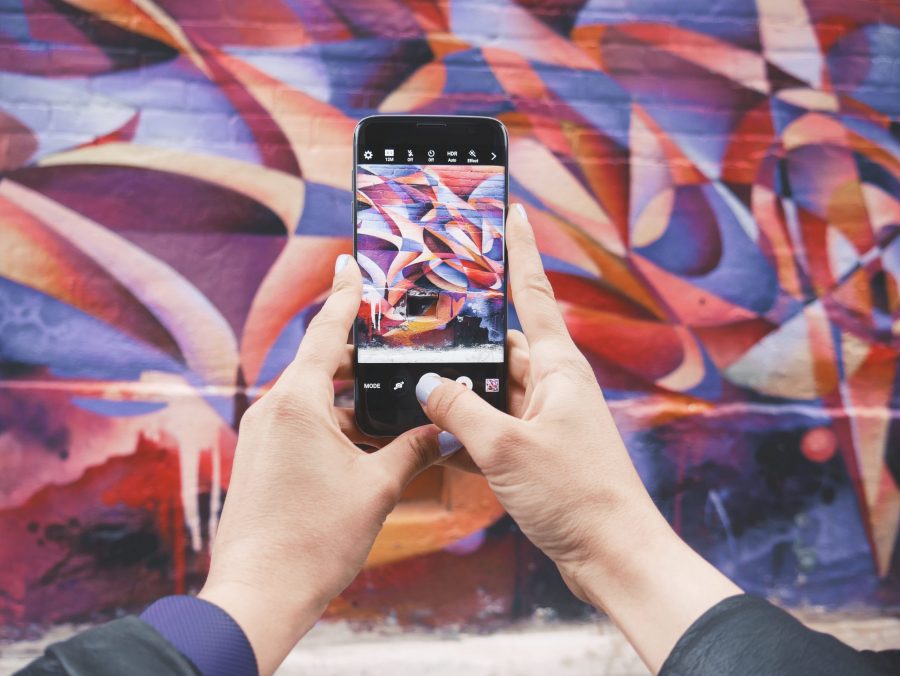 Nowadays, a Camera is one of the most important factors to consider when buying a smartphone. But It is very difficult to know which smartphone camera would perform better by just looking at the specifications of a smartphone.

If you are on a budget and still want a good smartphone camera, this guide would surely help you get a smartphone with a better camera.

No matter what budget segment you pick whether it is under 200$ or 400$, there are a lot of smartphone options to consider.

This guide is to help you get a smartphone in your budget range which has a pretty good camera too.

But first, you should understand some camera basics and the important factors that affect camera performance.

The most important thing is to look at the specifications and camera lens sensor model of the Back and front camera.

The camera specifications which you can look at GSMArena in the camera section gives you a general idea of the camera quality.

Here are three things you need to carefully look at in the camera section of GSMArena.

The smartphone ‘Realme 5’ is just an example, you can use the same method for almost any smartphone to find its camera sensor model.

The real magic starts with the camera sensor model. Now you can just type the camera model in Google and get the list of the smartphones that have the exact same sensors and also get the reviews of the camera lens to check its specifications and performance in detail. Also, you can just look at the Wikipedia list in the link for that following sensor to check what other mobiles have the same sensor.

Wikipedia Link to look at the smartphones that has the same sensor.

What you need to understand is once you have the camera sensor name, you can find its benchmark easily. For example, if the mobile you are looking for does not have a camera review or benchmark on the internet, you can look for other smartphone reviews that have the same camera sensor.

I do know that software also plays a vital role in enhancing the camera quality of a sensor, but still, you get a pretty good idea of what the camera sensor is capable of.

CPU (Central Processing Unit) or Processor which is provided by Qualcomm, Mediatek or Exynos matters a lot when it comes to camera performance.

Nowadays most smartphones take multiple shots when you take a picture and combine the best features of all those images to give one good quality image. A lot of processing power is used to process these images.

The better the processor of a smartphone, the better it would be able to process images for High Dynamic Range and more detailed shots and would consume less time.

So we suggest, take a look at the benchmarks of the CPU of the smartphone you are about to buy. The famous benchmarks for CPU are Geekbench and Antutu.

The video performance of the smartphone camera depends highly on processor performance.

Ever wonder why Apple iPhones have the best video performance. It is because the processor chip in iPhones is faster than any other competitor each year.

High Fps in Video like 960 FPS, Smooth Stabilization and 4K @60FPS are all possible because of high CPU performance. This is why you do not see 4K resolution in budget smartphones.

Another benefit of having a Camera2 API smartphone is you can use Filmic Pro to create professional videos from your smartphones.

Although I understand that a budget smartphone does not need to record videos at 4K resolution. But the thing is even if you just want decent 1080p video performance with good stabilization on your smartphone, you would have to pick the best CPU performance option in your budget.

There are some marketing gimmicks these days that I would like to address.

First and foremost, a lot of smartphones these days are using a 48 MP camera lens to boast about how their smartphone camera is better. But sadly, most of these 48 MP camera lens especially in the budget and mid-range just capture 12 MP shots from the 48 MP camera sensor. These 48 MP use a Quad Bayer filter which is a fancy word for combining 4x12MP and combining them to get one 12MP shot as a result. This is done to enhance the dynamic range of the picture not for marketing purposes. Now I know you can take 48MP shots on these smartphones but the 48MP is not good enough.

The other thing I want to discuss is the AI (Artificial intelligence) mode which is just plain bad for budget phones. Do not spend any extra money trying to get that AI mode. Truth is, you are better off without it.

Google Camera or GCAM is the camera application designed for Google Nexus or Pixel devices. But because of the amazing quality images, the Google Pixel produces, third party developers are working day and night to make it work on all other devices. However, these GCAM applications are not perfect. While the resulting images produced by this GCAM application are amazing, there are a lot of bugs and instability issues in the application. Why? because you are using an application made for another smartphone on your phone which is developed by third-party developers.

Note: Third-party software refers to programs that are developed by companies other than the company that developed the computer’s operating system

It is important to point out that if you want the best GCAM experience, you should buy a smartphone with Processor from either Qualcomm Snapdragon or Samsung Exynos. These two processors normally have the best support with the least amount of bugs and instability for GCAM applications.

You need to check whether the Camera 2 API is enabled for your smartphone or not. Camera 2 API feature allows third-party developers to control camera features such as Exposure, ISO or focus.

To check whether the Camera API 2 is enabled on your smartphone or not, just install ‘Camera2 API Probe’ application from the Play Store and run it.

After you run it, look at the ‘Hardware Support Level’. You would get one of the four terms Legacy, Limited, Level-3 and Full.

Camera 0 ID is for the rear camera and if you scroll down Camera 1 ID for the front camera.

If it says anything other than the ‘Legacy’ you will still be able to run it. I have an LG V30 and it supports ‘Level-3’ not full. So do not worry if you do not get ‘Full’ hardware support.

If it says ‘Legacy’ then the only way to enable Camera2 API is to root your phone. You can learn about that method in the link given below.

GCAM For Your Smartphone

Some times you can not find GCAM for a specific smartphone on these mentioned websites, then you have to do rely on other websites. Otherwise, we would recommend sticking to these three websites.

Although you can run GCAM on any smartphone that’s compatible with it. But GCAM application is really heavy which means you will have to get a smartphone with a decent processor chip to run it smoothly. Normally, Qualcomm Snapdragon 600 or Mediatek Helio P60 type performance is enough.

Do not lose hope if you cannot get these specifications on your smartphone. You can still run GCAM with CPU (Processor) performance a lot less than the above-mentioned processor chips. But you would have to be patient because it will take a couple of seconds to fully process the image in HDR+.

GCAM Results on a budget Smartphone:

Now, I have made some bold claims about this GCAM application and do not worry I am going to back my claims.

I have a Xiaomi Redmi Note 8 phone which I am going to use to take pictures with the stock or default camera application of the Nokia and then with GCAM application.

I have provided the links to all the images on their captions. Click on that link to view the full quality images.

Click on the images links and compare the results. The hair detail, the text on the student card hanging around his neck, the overall face detail, jacket texture and details are superior.

This is a little bit harder to compare as both are really good images. But this image is actually really important because trees are one of the best objects to compare images. Most of the Budget Smartphones produce artifacts when capturing trees textures.

See for yourself what I am talking about in the close up images below.

GCAM Results on a Flagship Smartphone:

To test this out, I used an LG V30 ( A Flagship phone of 2017) and the results of images using the GCAM were amazing.

Need more proof that GCAM or Google Camera results are better than the Stock Application. Just watch this video and decide for yourself.

There are some smartphones that are better compatible with Google Camera or GCAM applications. I would try to keep my budget under 400$ for this. I have provided the names with amazon links. You can check the exact prices of the smartphones by clicking on the links.

And of course, if you would just like to get a smartphone which has google camera or GCAM application installed by default. You can get Google Pixel 3a which has its price around 350$ at the time of this article. But make sure to check what it is retailing at right now.

Google pixel 3A XL is just a little over 400$ but it is a more future proof choice if you can spare a few extra bucks.

Our next stop is to learn about how to get better audio performance from your smartphone.

Smartphones with the Same Processor have Different Performance, WHY?

9 Reasons Why Flagship Smartphones are worth their Price