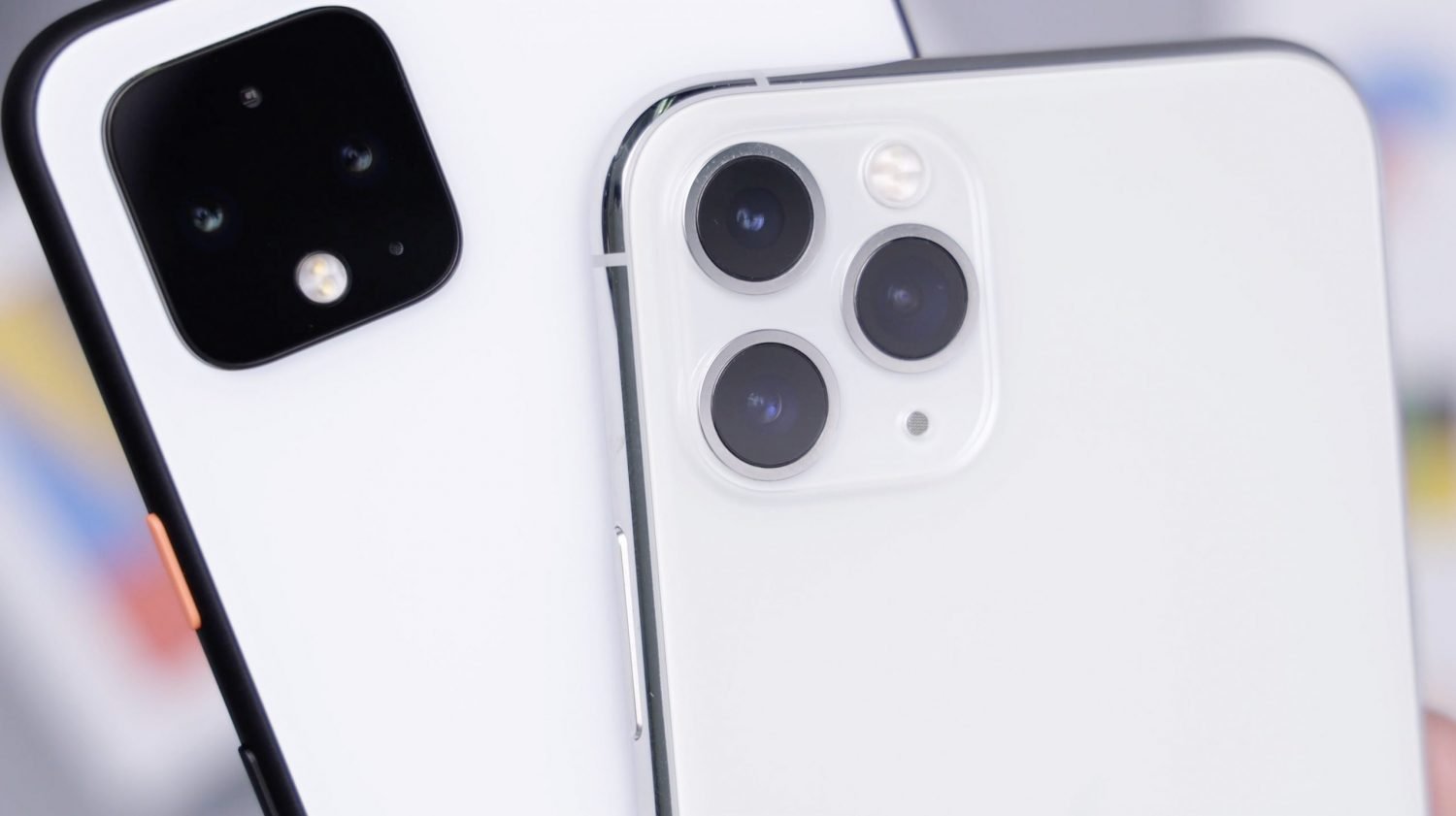 Budget and Mid-range Smartphones are getting so good and popular these days. Most of the people do not even bother to look at the Flagship Smartphones and just discards them as expensive and no value for money.

Without wasting any time, let’s get started on the first point.

Wifi and Data connections speeds depend on the smartphone’s Processor Chip Specifications. Just take a look at the Qualcomm Snapdragon 845 Specifications. High-end chips like Snapdragon 800 has far better LTE and Wifi Speeds than Mid-Range 600 series and Budget 400 series. This applies to other chips as well like Mediatek helio series, Huawei’s HiSilicon Kirin and Samsung Exynos.

Do not believe me, just look at the tests conducted by notebookcheck on Xiaomi Note 9 Pro and Samsung S9.

Just look at the speed difference in transmission and retrieval through the WIFI. The speeds of midrange smartphones are mostly less than 300Mb/s and Flagship smartphones have speeds more than 600 Mb/s.

Let’s take another two smartphones to further prove my point. This time, I am considering Nokia 7.2 from Mid-range and Samsung S10 from Flagship.

Also take a look at the speeds of the other smartphones in the list. Not even one midrange smartphone crosses 400Mb/s and the lowest speed a flagship smartphone on the list offers is 624 Mb/s from Sony Xperia XZ3.

Now let’s compare the data speeds. Like I said, Data speeds also depends on the smartphone processor. This is why Budget Flagships like Poco F1 are mostly just as good as a Flagship in terms of network speed only. Normally I would write about this myself but I found a video on Youtube which explains exactly what I am talking about.

The range of Flagship smartphones is a lot better than budget or mid-range smartphones. I can not make Whatsapp calls from my rooftop on my Huawei P20 lite but I can easily do that on my LG V30.

For beginners, who own flagship or budget smartphones and do not pay attention to their screens. It is fine for them to skip this section as this only applies to hardcore media consumption people.

If you are someone who needs to good screen in their smartphones, read on.

The real question is how much is the screen quality better on Flagship Smartphones.

Let’s first try to understand the different factors that affect the quality of a Screen.

Color Gamut: represents the wide range of colors a display can view. The better the display, the wider the color gamut would be.

Most of the budget smartphone only use sRGB. The top of the line smartphones often have DCI P3 or NTSC written in the display specifications which means they can produce a lot more color variety than normal display. This extra color range enables display to have HDR. Trust HDR is a lot different in Nokia 7.2 and Samsung S9.

Now if you know a little bit about displays. You would be able to tell the difference between the two smartphones display profiles given below.

To be honest, the Nokia 7.2 display is a lot better than 80% of the mid-range smartphones but do not even come close to Flagship smartphones.

Still not sure about display technologies, we have got you covered as I can not go into more detail about displays on this topic. So try the link below.

Processors are much faster than most people realize

The processor snapdragon 855 is built on the latest process technology and has 7nm transistors compared to the 8nm transistors inside the Snapdragon 730.

A YouTuber named “JuanBagnell” uses his smartphones to record and render his Youtube videos. This is only possible on a flagship smartphone. Just watch the video below to know what I am talking about.

Storage or ROM is much Better:

The storage written as 64GB or 128GB is the ROM (Read Only Memory) or internal memory. You might ask, is the storage speed even affects the performance of a smartphone. Let me tell you that the major usage difference between a flagship and budget smartphones is the storage speed, the fluency of a flagship, and those faster load speeds, and lastly, those smooth animations are all thanks to higher storage speeds.

Keep in mind, this storage theory only applies to those smartphones which has a fast enough processor like Qualcomm Snadragon 660.

I will compare the internal memory performance of Samsung A50 (A respectable mid-range) and Samsung Note (Flagship). I will let the figures do the talking.

The real word performance is effected by random reads/writes. You can see the huge difference in randoms read/write of the two smartphones.

Let’s talk about the hardware first. The camera sensors and processor image processing is two step ahead in Flagship smartphones. We will take the same two processors i.e. Qualcomm Snapdragon 855 and Snapdragon 730. The reason I am considering Snapdragon 730 is because it is one of best mid-range processor with really good performance.

Just comparing these side by side, it is apparent that SD 855 better Slow motion, HDR10 for video recording and better signal processor.

The software is also better on the Flagship smartphones because it is able to HDR (High Dynamic Range) shots. I know that budget smartphones can take HDR shots too but they are just not that good. Just look at the shots taken from a Samsung A50 and Samsung S10+.

The real difference in camera quality is apparent in low light because the budget image processor is not that good in image processing. Read about this in more detail if you want.

The other factor is video recording. If you compare the video performance of any flagship device with a budget device, there is no comparison. The HDR video recording in Flagship smartphones helps a lot in producing a good enough video for Youtube or other social media platforms.

Even battery is of different type in a Flagship smartphone these days.
There are two types of battery used in smartphones these days.

Li-Po Battery: They are slightly lower in energy density but amazingly high in power density. Meaning a much higher power output for a much smaller battery. Required for sudden accelerations. They have lower cycle lives.

You need more energy density in a smartphone because it will last longer. This is why Li-ion batteries are arguably better for smartphones.

There are three types of audio output in a smartphone which are call quality output, Speaker output for media, 3.5mm Jack output or Usb C audio output.

The call audio quality is more or less the same on Mid-range and Flagship smartphones, the only difference is noise reduction. Noise reduction is better in Flagship Smartphones.

The second Output is from the speakers of a smartphone. Lucky for Mid-range smartphones users, this area is not well developed in most Flagship smartphones as well. There are some exceptions of course but I am not going to take any HTC Smartphones to manipulate the results. I am still comparing the Samsung S10 with Samsung A50.

If you want to learn in depth about the audio quality, Check this out:

Do not even get me started on the audio output from 3.5mm jack from the budget smartphones. They sound tiny and do not provide a good frequency response. If you are not a sound guy then it is fine. But if you are, there is only one option for you which is Pixel 3A XL.

When you play games or run some CPU demanding tasks on your smartphones, your smartphone will try to run that task fluently using all the CPU high powered cores.

Consider you are running PUBG mobile on a Snapdragon 730 or Snapdragon 855. Which one of these processors do you think will have to use its cores to more than 90% to maintain 60FPS. Of course, SD 730 would have to struggle and perform at its highest capacity. The processors release the most amount of heat when they at their peak performance.

We all know what heat does to any smartphone, it reduces its life span. Thus doing the same amount work on a flagship requires the processor to emit less heat because it works at around 50% of its full capacity.

Keeping these two factors in mind, I can easily deduce that a Flagship Smartphone has twice the life of a budget smartphone.

Each year, the Flagship smartphones from every company offer something that differentiates them from Budget or Mid-Range Smartphones.

For example. Pixel 4 and 4XL have face id and RADAR which Pixel 3a and 3a XL do not. In the case of Samsung, the Samsung S10 has a heart rate sensor and an SPO2 monitor. SPO2 basically measures the percent of oxygen in blood and heart rate is measured in beats per min. In the case of LG, they have Quad DAC in their Flagship smartphones which provides amazing headphone jack output.

One sensor that is available only in Flagship Smartphones is Barometer. The barometer measures air pressure and altitude. They are extremely useful in giving your height and what floor you are on information from the ground. So if you use a smart band for fitness, this sensor helps a lot in determining your number of steps. This sensor is also used by any MAPS application to get the exact position of the user.

These are devices that do not cost crazy amounts like 700$ dollars or above. Basically any device that has the Flagship device processor and does not cost more than 500$ dollars is a Budget Flagship. The examples are Xiaomi Pocophone f1 and One Plus 7.

These devices may look exactly like the Flagship smartphones on paper, but that’s not entirely true. There are a lot of cutting corners in other areas of the device to make it cheap and affordable. One device might have some aspects comparable to a Flagship smartphone but doing that they compromise on other aspects.

For example, One Plus 7 GPS is not good. I will just quote Notebookcheck on this “The GPS module, which by the way supports dual-channel GPS, GLONASS, BeiDou and Galileo, is unable to determine our location indoors. But when getting closer to a window, we received a location with an accuracy of up to five meters within a few seconds. The reception is also better outdoors, but the accuracy doesn’t increase any further.“

That is not to say that One Plus 7 is not good. It is probably the best bang for your buck smartphone. I am just saying by paying less, you have to compromise on something.

In One Plus 7 case, you are compromising on Wifi as it has really low Wifi speeds, GPS as already mentioned, Cameras are average, No IP (Water and Dust Proof) Certification which most people do not mind.

Xiaomi Pocophone F1 call quality is terrible. According to Notebookcheck, “Our test device’s call quality is unconvincing too. Call partners sound clear when making a call with the earpiece, but our voice sounded scratchy and with plenty of unwanted noise. These issues worsen when using the loudspeaker as the microphone fails to pick up our voice if we are further than a foot away from our test device.”

The Display is not properly calibrated and is barely visible in outdoors, Network Reception is not good either.

Miscellaneous Perks of a Flagship

I am done with the major nine points that separates a Flagship smartphone from a budget or mid-range Smartphone.

So, this is my list of miscellaneous features and perks of a Flagship:

If you are still scratching your head thinking I do not understand some of the terminologies used here. Do not worry, we have explained all the smartphone terminologies and jargon in the given link.